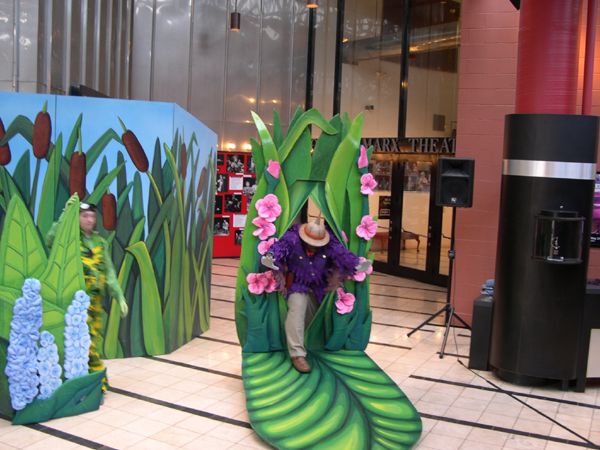 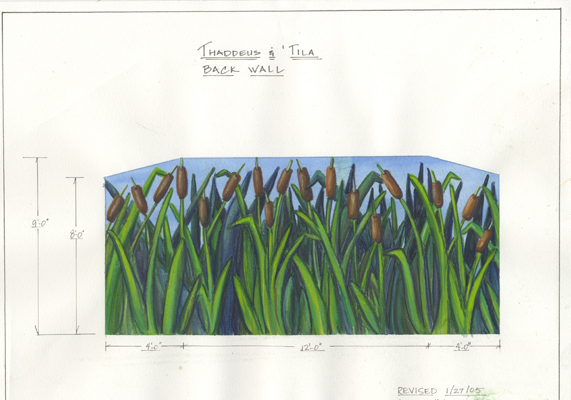 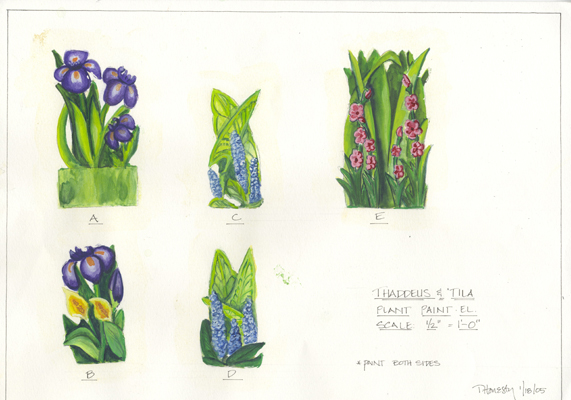 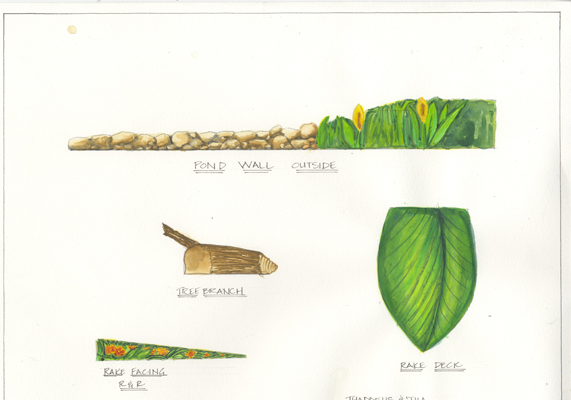 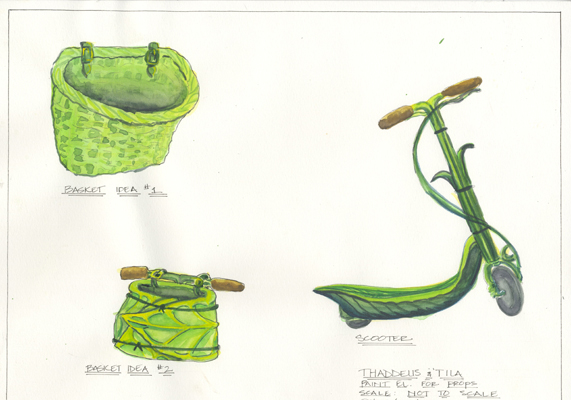 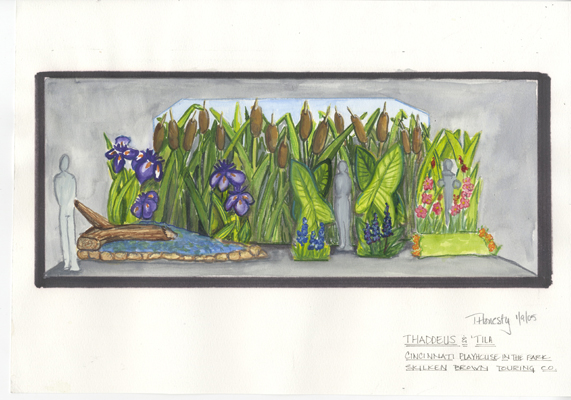 2004 Winner of the Macy's New Play Prize for Young Audiences

First, let me give you a brief synopsis of this wonderful new play by Jose Cruz Gonzalez. Thaddeus is a frog who dreams of flying. 'Tila is a beautiful crane who crashes into the marsh where Thaddeus makes his home, and he and Birdie, an aging hummingbird, save her from drowning. Of course, it's love at first sight. After her crash landing, 'Tila decides she will never fly again it is too scary. Mos, the bully mosquito, and his sidekick, Sala, a slimy salamander, bully Thaddeus and Birdie, but 'Tila stands up to Mos and Sala. After Mos and Sala expose Birdie as fraud he goes off and discovers the impending danger for the marsh -- bulldozers are headed there to make way for a new human subdivision. Mos and Sala alert Thaddeus and 'Tila to Birdie's imminent danger. 'Tila decides she can fly to rescue Birdie, they all hop on her back for the rescue. Then they watch as their home is destroyed. The director's vision for the set was to be colorful and oversized like Honey, I Shrunk the Kids. I wanted the set to have life to it, so I thought about layering open-cell foam to create the organic materials found in a marsh and allowing the actors to be able to peek through leaves by moving them and to burst through leaves. We began with some old wrestling mat coated with latex and paint for upstage layers, but it became very rigid and time-consuming. The props department explored other options such as filling pockets of fabric with expandable foam. We finally arrived at batting stuffed pillows or batting upholstered lauan. Painted with Design Master's Spray paint.

One interesting design task was the pond water, the director wanted to have "something' for the water. The challenge was two actors have to fall into the pond. I thought koosh balls have the shimmery quality of water, they travel easily, they would absorb the impact of a controlled fall. I figured out how many koosh balls we would need to fill the pond - 6847! Since this show had to tour with a half-hour set-up and strike constraint, the concern about how long it would take to move 7000 koosh balls finally nixed that idea. I then explored other options - torn pieces of blue water noodles, gymnastic foam cubes, Nerf-like balls, and ball pit balls. Eventually, we settled on ball pit balls. Enough balls for a single layer, 300, were ordered and we tried them a week before tech. It was so cool! Thaddeus could do a elementary backstroke across the pond because the balls rolled. Sadly, they were cut during tech because they impeded some of the actors movements. In the end, we returned to the blue wrestling mat base which worked really well.