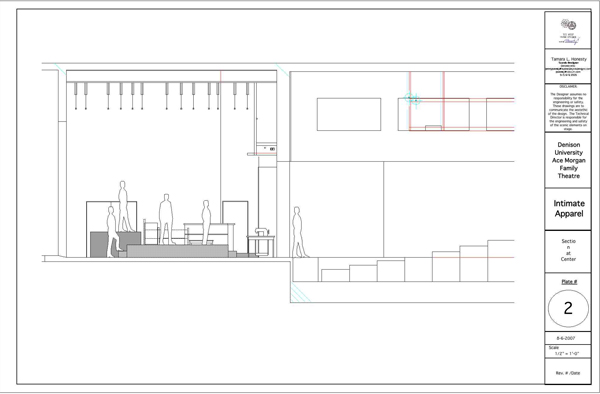 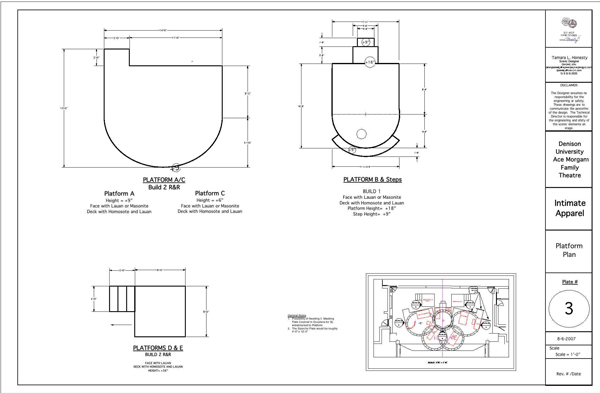 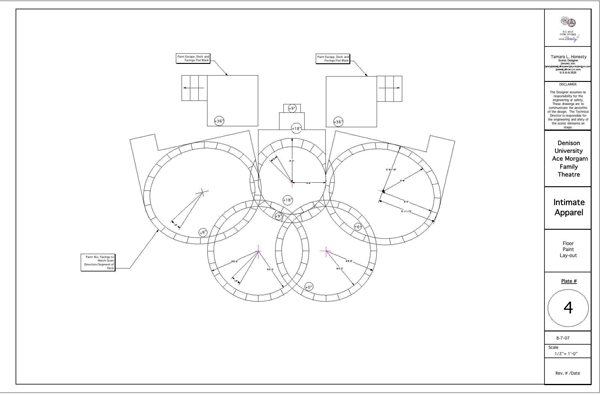 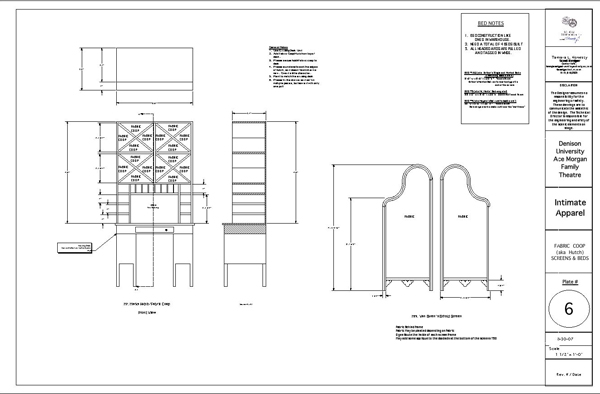 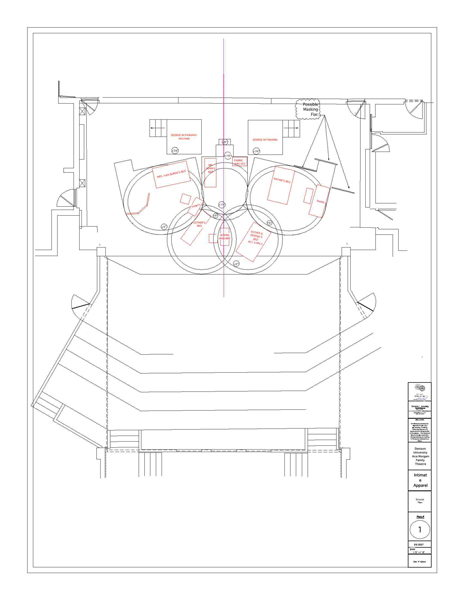 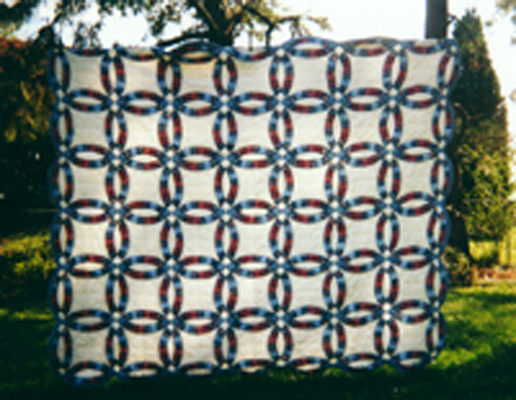 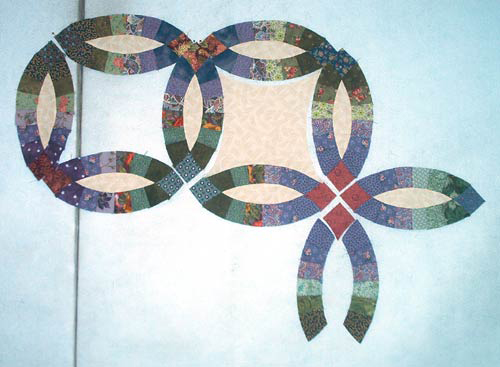 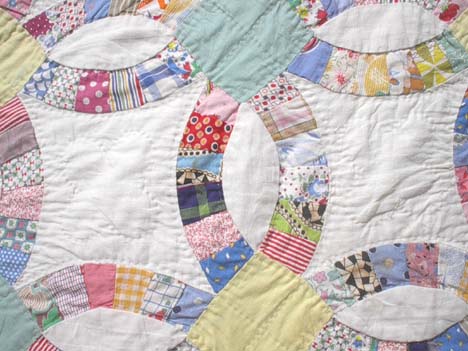 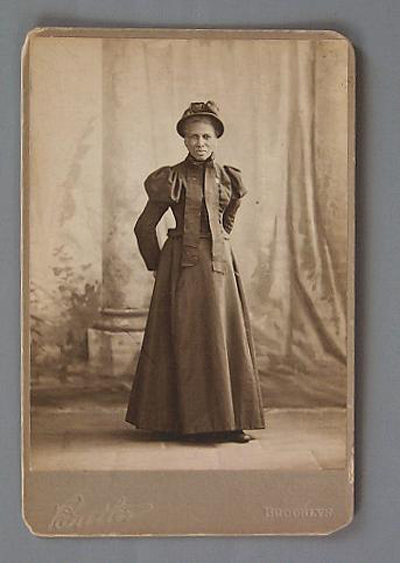 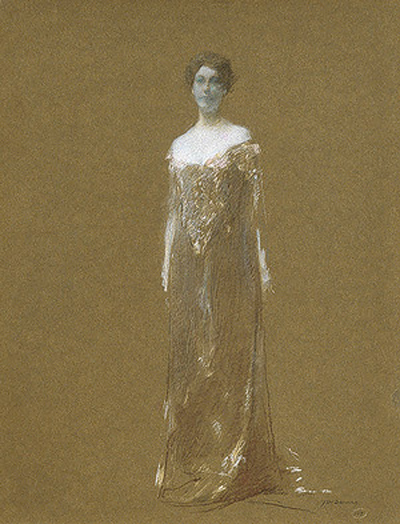 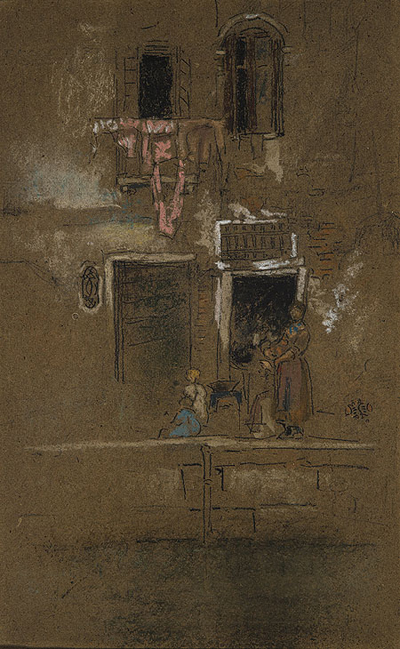 As I approached this production of Intimate Apparel, the director wanted a seamless transition into each of the locations and wanted a sepia-quality to the show. The story is a charming tale of a Black seamstress, Esther, in 1905 who is searching for someone to love and with whom to share her dreams. To me, all of the characters were interwoven in Esther's life. Mrs. Van Buren and Mayme were similar to each other each on the opposite end of the pay scale. My research led me through a variety of artists popular in the early 1900's and designs of quilts. The double wedding ring quilt motif represented many of the themes in the play--the duality of Mrs. Van Buren and Mayme, the interconnectedness of each the characters, and the circulating movement Esther sews through each of the characters lives. George, Esther's suitor via correspondence from Panama, needed to be foreign to Esther's world. Purposefully, his acting areas were outside of the quilt motif and were rectangular to reinforce his presence as a "duppy".