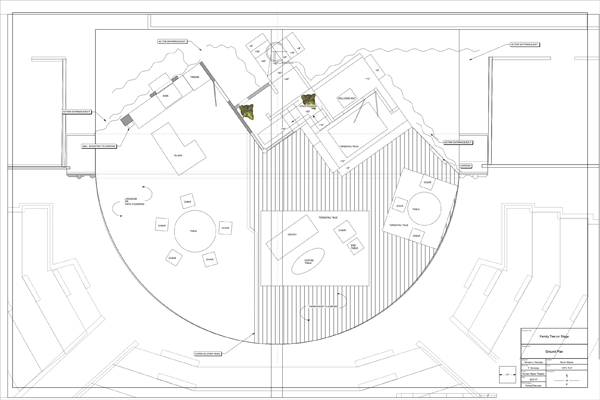 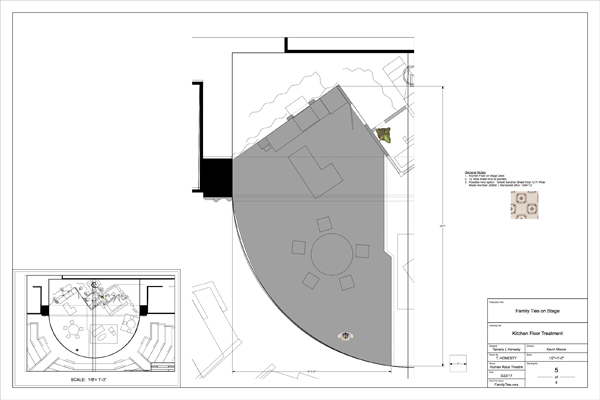 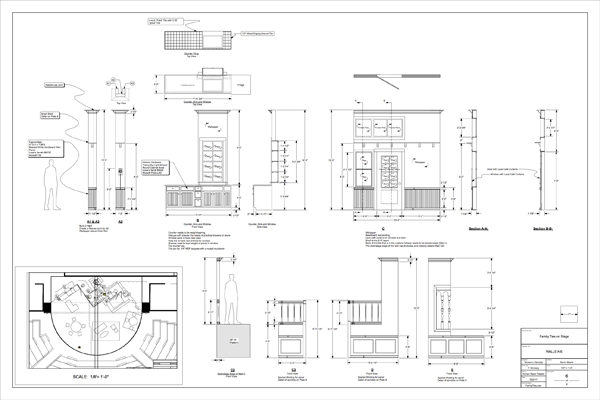 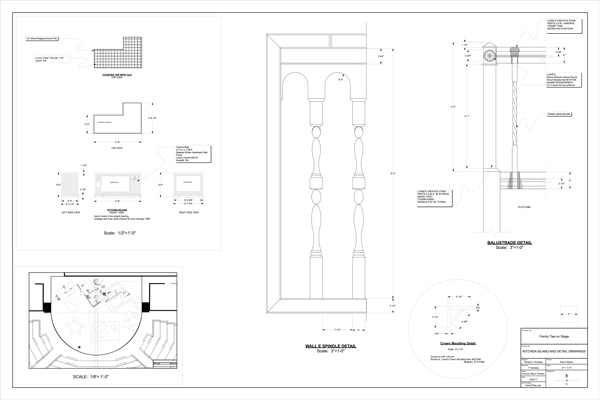 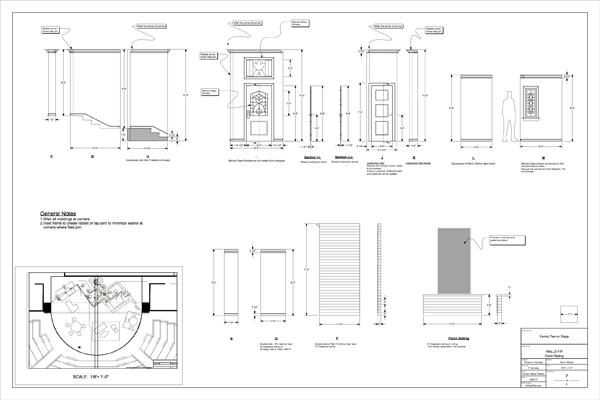 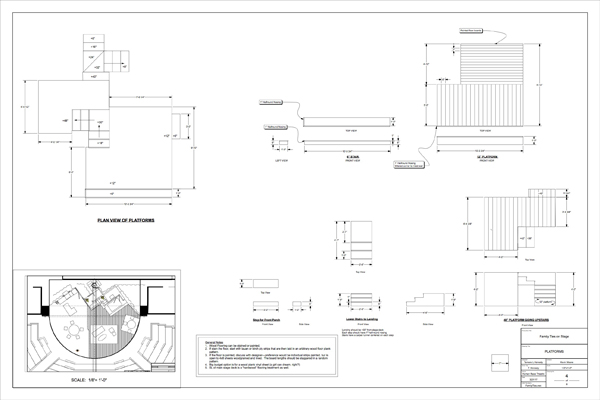 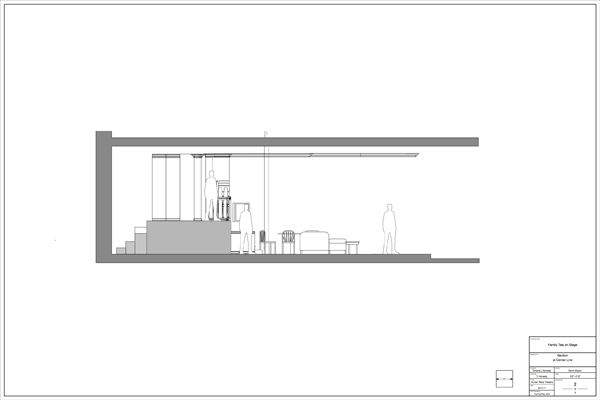 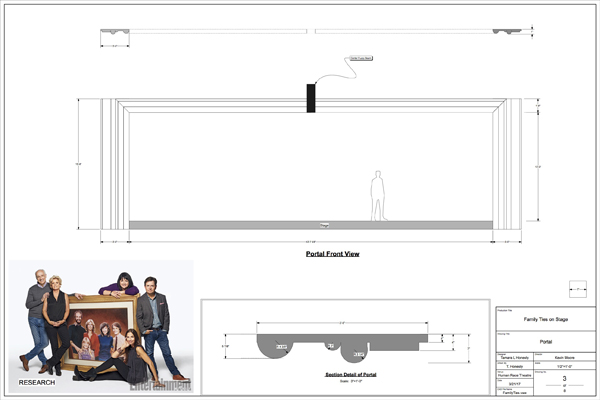 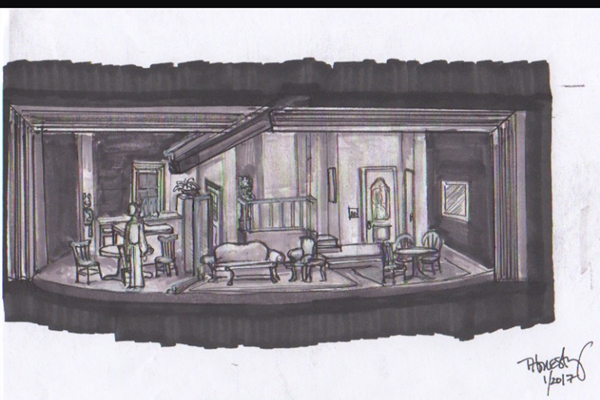 ‍Family Ties is based on the 1980s television show about parents Steven and Elyse Keaton, who are liberals and former hippies raising their children, one of whom is a diametrically opposed republican (Alex P. Keaton). The stage version is set in 2008 when Alex is running for US Congress and comes home to Columbus, Ohio. Many of the pivotal high points of the series are relived on stage through reminiscing of the characters. Much of my initial inspiration and research centered around steeping myself in watching all seven seasons of Family Ties. Although the stage version is set in the year 2008, the sense that Alex is coming home indicated that the furnishings of the Keaton house didn't change much in the twenty years that have passed. The thrust staging and the flow of the story lent themselves to a selective realism for the set. The important aspect was to create the essence of the Keaton house on stage in a way that audience members familiar with the sitcom would recognize it, yet not create a complete replica.