Ethel Waters: His Eye Is On The Sparrow 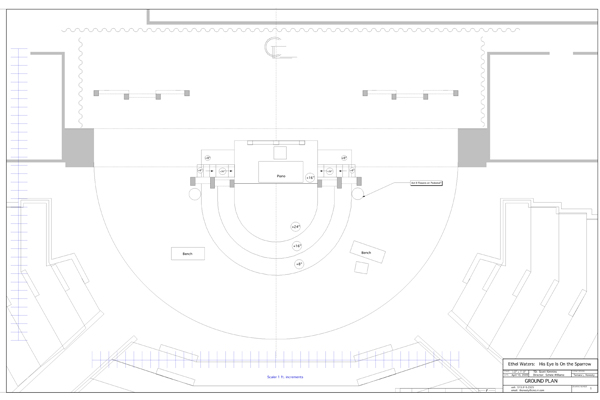 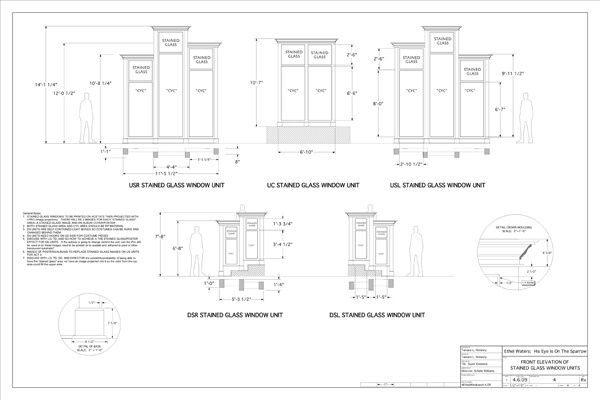 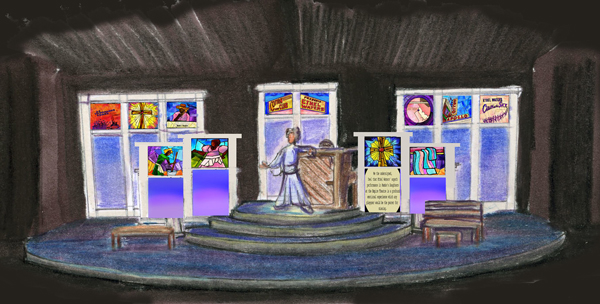 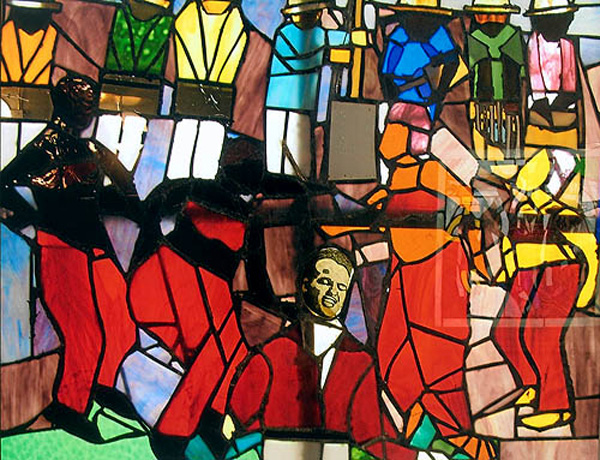 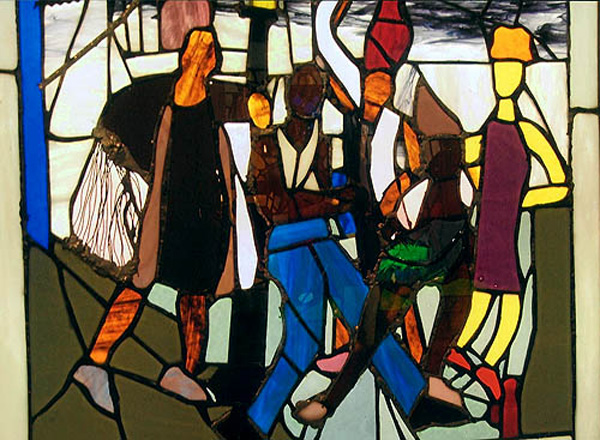 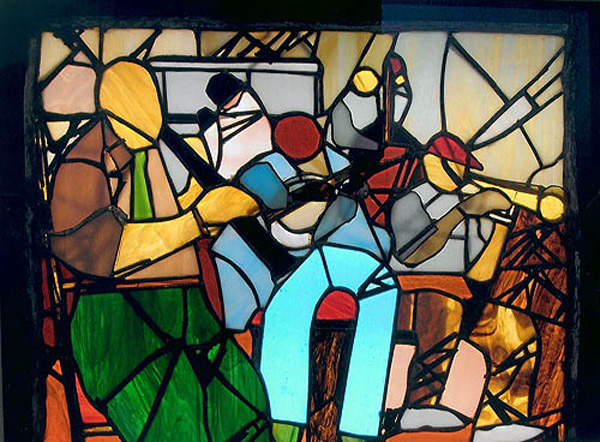 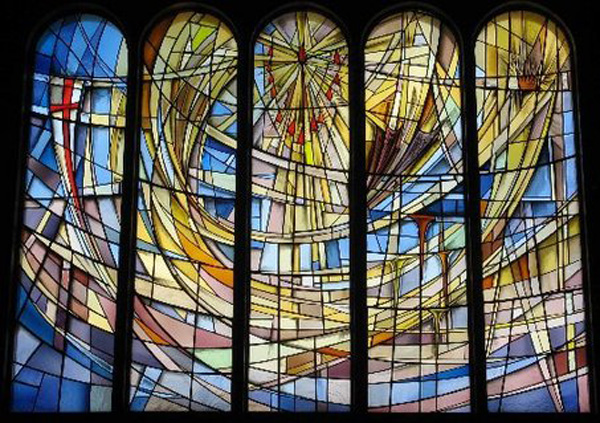 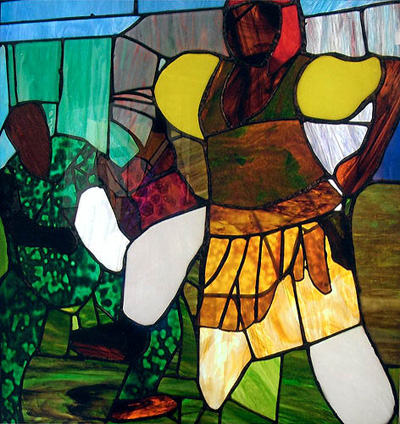 ‍Ethel Waters: His Eye is on the Sparrow is a one-woman show based on the life of singer/actress Ethel Waters. Beginning with her birth in the slums of Philadelphia in 1896, the play traces her life through her singing career in jazz clubs to the vaudeville circuit to Broadway, Hollywood, and finally to the stage of the Billy Graham Crusades in the 1960's. It was a remarkable journey of courage, tenacity, overcoming obstacles, fame and faith. Ethel Waters found her "voice" in crowded clubs such as Edmund's Cellar in Harlem. It was here in this "last stop down the ladder in show business" that the most famous entertainers of the day, Sophie Tucker, Bojangles Robinson, and Florence Mills, heard her sing and made her a star. As the director, Schele Williams, and I discussed the show, the idea that God was watching over Ethel Waters during her tumultuous life gradually became central for me. The idea evolved into the concept of illustrating Ethel's life in stained glass windows. My inspiration was drawn from an exhibit of stained glass windows depicting African-American History at the Charles H. Wright Museum of African-American History in Detroit, Michigan. The pieces were designed and fabricated by Samuel A. Hodge of Spartanburg, South Carolina.

The artwork of the Harlem Renaissance provided the perfect match tot he dynamic world of the play. The curvilinear lines complemented Ethel's music: This Joint Is Jumpin', Sweet Georgia Brown, and Stormy Weather, while the intense colors reflected the energy of the time. One of the initial pieces of artwork Schele and I fell in love with was featured during the end credits of the television show, Good Times. Ernie Barnes' Sugar Shack. From the beginning, we were fascinated by how the Barnes' 1971 piece captured a similar feeling as the Harlem Renaissance artwork. His elongated shapes of dancing African-Americans balanced with the vibrant colors seemed to freeze the kinetic energy of the moment.

I created the window images in Corel Painter with intent they would be printed and adhered to Plexi-glass. This would have limited us to one image per space. However there were so many images for significant events that we wished they could change for the second act. In a conversation about this issue with the lighting designer, John Rensel, he suggested using the iPro image projectors which would allow us to have multiple images in each window. This solution worked beautifully. My original intention was to have the lower portion of the windows to be capable of creating a mood like a cyclorama. With the iPro instruments and many color changers, we could have the iPro image in the top section while the bottom section became a cyc or both sections could become a cyc or nearly an infinite number of combinations.

From the beginning, Schele and I did not want the actress to be "alone" on stage even though this was a one-woman play. Ethel's story involved many people, some good, some not. The challenge of how to create her crowded world come alive was solved by the projections as the images became Mom (actually her grandmother), Momweeze (her mother who was only 12 years older than Ethel), her sister, her husband, Billy Graham, dancing audience members and symbols of her triumphs and tragedies'. The stage came alive with people and their stories rather an a lone actress and a piano player.