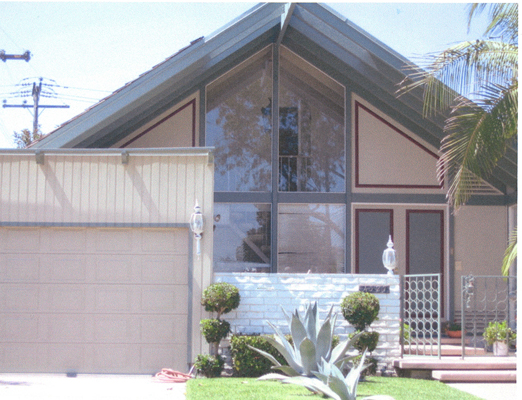 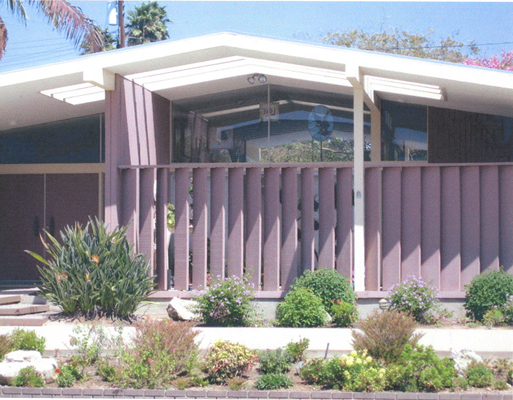 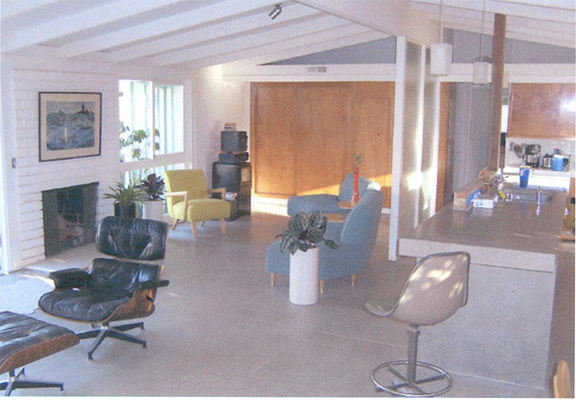 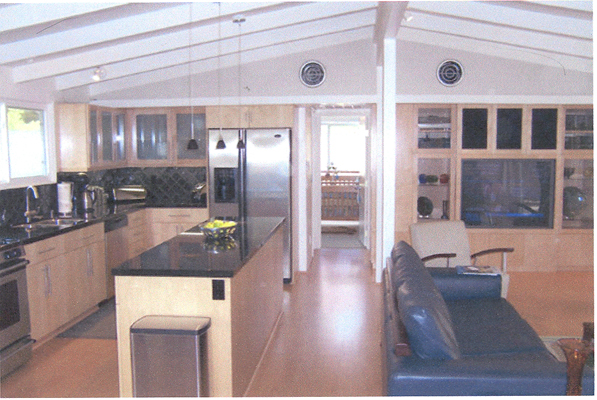 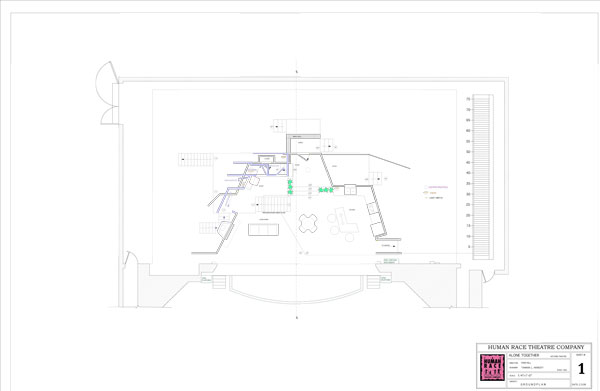 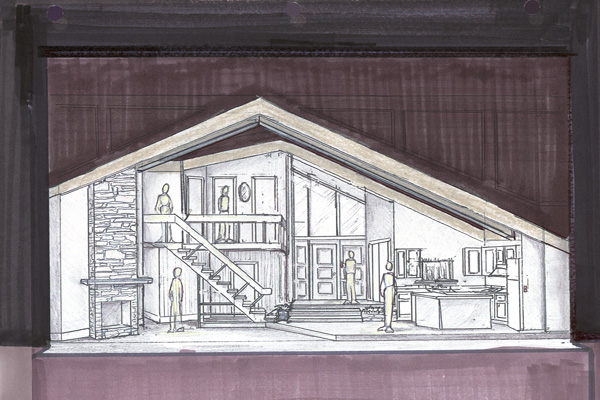 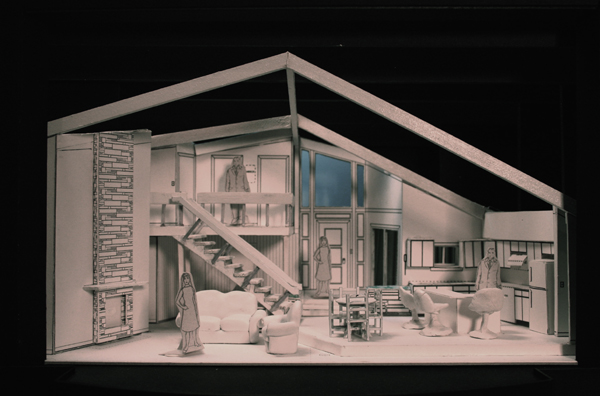 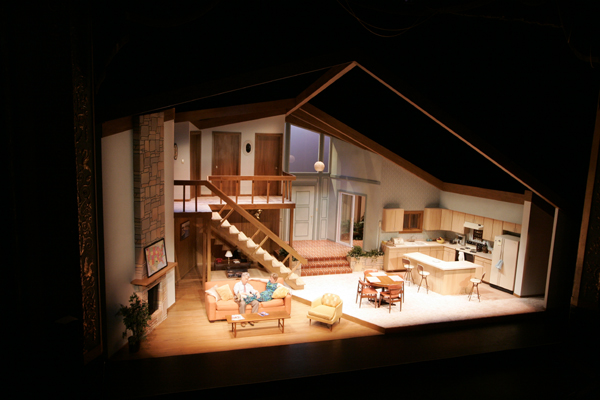 The first thing the director said was this script is a sitcom. I, being a TV junkie, could connect with this idea. As I read the script, I tried to visualize the action on the set of various sitcoms. One major factor was location, southern California in 1983. After analyzing the givens of the script, I developed my own back story for the set. Early in his career, Mike Brady designed this house for Helen and George Butler. Mike incorporated several items from his own house into the Butler's split-level ranch with the signature Brady staircase, a sunken den and living room, and an island in the kitchen. Helen decorated the house in 1960 right after it was built, and hadn't changed a thing. She chose a tranquil turquoise to compliment their near the beach location. The serenity of the color palate contrasts with the chaos and pandemonium created by the action of the play.